We are a global team!
IGG has its headquarters in Singapore with regional offices in the United States, China, Canada, Japan, South Korea, Thailand, Belarus, the Philippines, the United Arab Emirates, Indonesia, Brazil, Turkey, Italy and Spain and users from over 200 countries and regions around the world.

At IGG we are constantly focused on turning the corner and providing not only the best games for our gamers, but also the best working environment for our employees. As such we believe our employees are our core competency. By maintaining a flat corporate structure, we try to leverage each individual employee to their utmost awesomeness and allow them to make the games that they themselves want to play.

IGG has been pushing the limits, delivering massively multiplayer in the global online interactive entertainment industry. IGG has been listed by App Annie as one of the "Top 52 Publishers" for four consecutive years, and was ranked 22nd in 2018.

To extend its leadership position, IGG is always committed to invest tirelessly in its R&D and operation teams, and will continue to recruit talent internationally. To discover and cultivate global talent with the passion and aptitude for the gaming industry, IGG will continue to run its “Inter-G” talent program and “G-Star” incubation program during the coming summer holiday, and also plans to establish a training center in Italy for game artists.

IGG will continue to seek potential merger and acquisition opportunities that could create synergies, accelerate growth and provide breakthroughs in its business.

Innovators at Work, Gamers at Heart

One of our core values is “Innovators at Work,Gamers at Heart". Our aim is that this resonates within every one of our employees. It’s a statement that reflects the wonderment which surrounds games—their ability to entertain us, to bring us together and inspire us—as well as our desire, as gamers, to continually approach the end game, the frontier, of what is possible within gaming. 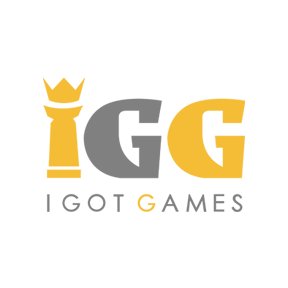